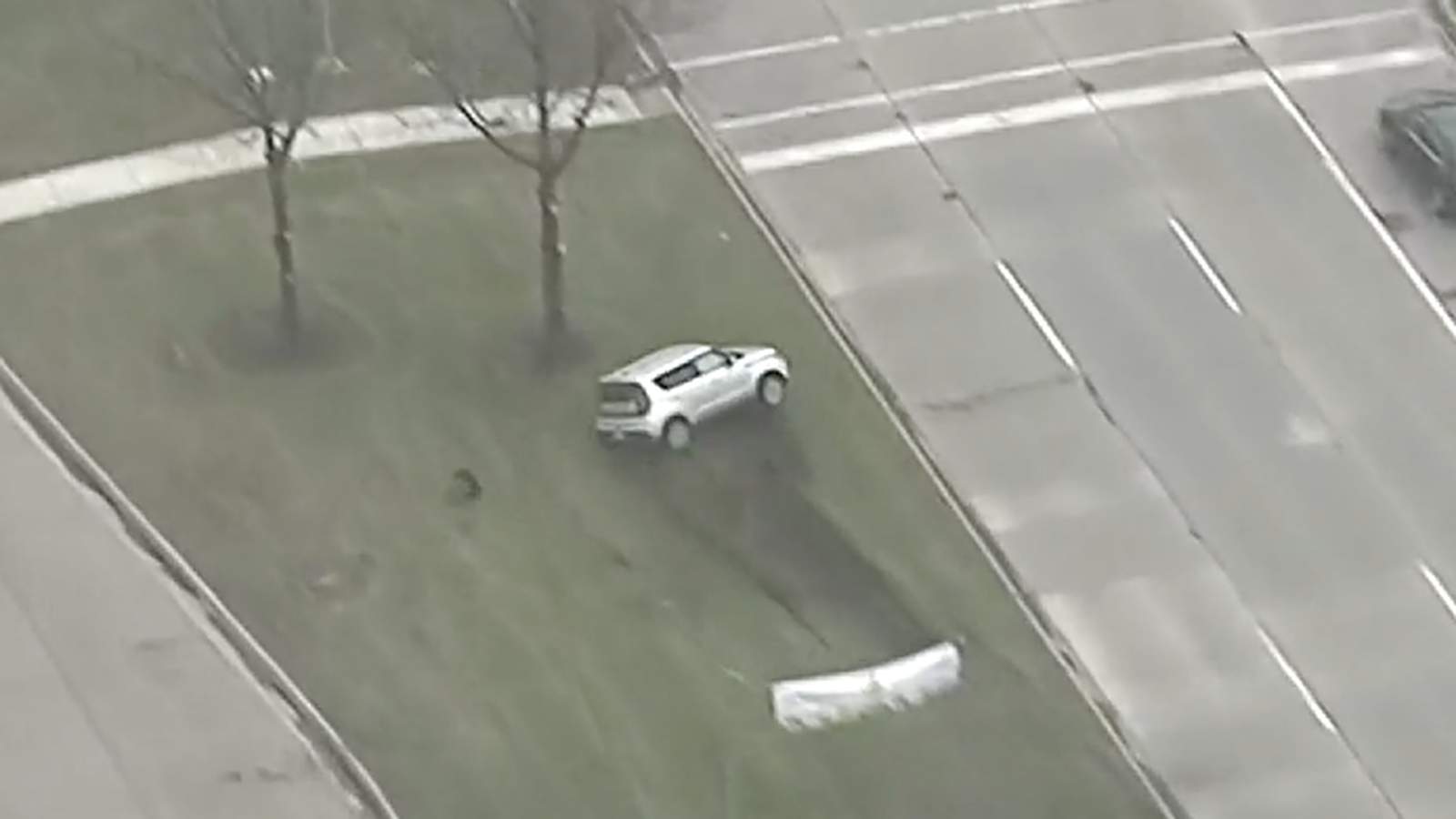 You can watch the full video above.

Michigan State Police troopers were called around 12:30 p.m. Wednesday about a carjacking suspect fleeing police. They said he was involved in several incidents in Detroit and Eastpointe.

Detroit police officers were initially chasing the vehicle, but stopped when it crossed into Royal Oak.

The vehicle sped through Royal Oak and into Troy, according to authorities. State troopers took over the pursuit.

Troopers tried to stop the driver on Metro Parkway, but he led them into a subdivision along Metro Parkway and then eastbound through several cities.

The chase ended with a violent crash in Sterling Heights. Police said the man was approaching Dodge Park when he lost control of the vehicle, struck the curb and rolled over several times.

Both people in the car received non-life-threatening injuries and were taken to a nearby hospital in the custody of Eastpointe police.

No officers or members of the public were injured, police said.

State troopers will submit a report to prosecutors for fleeing and eluding, according to authorities.

The investigation is ongoing.