© Bryon Houlgrave/The Register
A cyclist rides along a bike path near Easter Lake in Des Moines on Wednesday, Sept. 30, 2020.


A 15-year endeavor to connect two central Iowa bike trail systems from eastern and central Warren County to the city of Des Moines is getting closer to completion.

The current focus of Des Moines Parks and Recreation is creating a multi-purpose connector trail that would bridge a 3-mile gap between the Carlisle Nature Trail and the rest of the Greater Des Moines Regional Trails.

“It will answer a whole lot of issues and will be great for the community,” said Carlisle City Councilperson Ruth Randleman. “I’m a big trail fan and I’m just very excited that this trail is going to happen.”

In the lead-up to the 2020 election, all eyes are on Iowa. Get updates of all things Iowa politics delivered to your inbox.

Central Iowa already has an expansive trail system connecting Polk County and their surrounding counties. But while western Warren County is connected via the Great Western Trail to this system, the cities of Carlisle and Indianola in eastern Warren County have no direct bike trail that reaches Des Moines.

This connection would create an easier way for bikers from Polk County to find their way to Carlisle and further south to Indianola on the Summerset Trail. Additionally, connecting these communities to the other Greater Des Moines regional trails could help draw more commerce and tourism to both Carlisle and Indianola from Des Moines.


Jennifer Fletcher, a spokesperson for Des Moines Parks and Recreation said this portion of trail is still in pre-design phases but all entities involved are excited about what progress is being made.

“With the recent completion of the Carl Voss Trail in Des Moines and improvements at Polk County’s Easter Lake Park, central Iowa’s southeast region arterial trail spine is nearly complete,” she said in an email.  “We expect trail use in the southeast region to grow dramatically once this last remaining gap is closed thus extending the benefits a robust, interconnected multi-use trail system to the cities of Carlisle and Indianola,”

Fletcher told the Record Herald that the project is estimated to cost around $2.8 million for engineering expenses but about $1.8 million will be covered through grants. The rest will be covered by Des Moines.

Once completed, Des Moines would cede maintenance and upkeep responsibilities to the city of Carlisle and the Warren County Conservation Board within their jurisdiction for a minimum of 20 years. This would distribute long-term costs between the two cities.

“The city has no interest in owning and operating the trail outside of the city limits but is very interested in seeing it completed due to the economic and quality of life implications,” Fletcher said.


Randleman said her city is very thankful to Des Moines for taking leadership on this project. She said until the trail is completed, Carlisle will be focused on giving advocacy and sending letters of support for other grants that Des Moines applies for.

She said she is very excited that this project is making some progress, especially since it has been talked about as far back as 2005 by Carlisle City Council.

“It’s had it’s ups and downs of course,” she said. “We are committed to this project more than any community ever for what we’re getting.”

The project has not been without controversy, according to Randleman, and is largely the reason for the 15 years it has taken to get this far into a commitment. Over the years, both members of council and some citizens have questioned whether paying for a trail like this was even worth the investment.

Randleman said what really got other councilmembers to get onboard and support it was the fact Des Moines was taking the lead and Carlisle wouldn’t have to foot the bill up front.

George Shillcock is the Register’s Des Moines southern suburbs reporter. He can be reached at [email protected] and on twitter @ShillcockGeorge

Challenges faced by urban and road passenger transportation within Accra

Mon Oct 12 , 2020
Opinions of Monday, 12 October 2020 Columnist: Dr Evans Ago Tetteh 2020-10-12 File photo Urbanisation has been one of the dominant contemporary processes as a growing share of the global population lives in cities. Considering this trend, urban transportation issues are of foremost importance to support passenger’s requirements of large […] 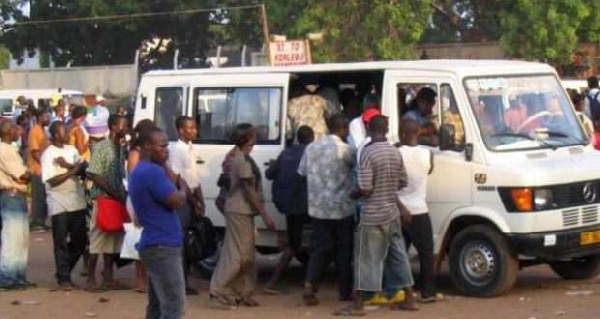