Federal Minister for Science and Technology Fawad Chaudhry on Wednesday said Pakistan would be the first country of South Asia to have electric vehicles on its roads this year, citing it as a matter of pride.

The announcement was made at the signing ceremony of Strategic Alliance Agreement for setting up of electric vehicles value chain in Pakistan between the Daewoo Pakistan Express bus service in Pakistan and the Skywell Automobile China.

According to the MoU, the project would be launched in two phases. In the initial phase, $50 million worth of investment would be made while in the second phase manufacturing of the electric buses would be started. The private sectors of Pakistan and China would have a partnership in view of the China Pakistan Economic Corridor.

The work on electric bikes and three-wheelers vehicles was on the cards while the four-wheelers policy would also be finalised within 20 days, the minister said, adding that such modes of transport would help cut pollution, which poses severe health hazards for the people especially of Lahore and Karachi in the winter season.

Fawad said the government was taking measures to control pollution but “unable to understand why Punjab and Sindh governments were not taking steps” for the shared purpose. He conveyed that Pakistan has also launched its renewable energy policy, according to which the country would work on solar and wind energy on a priority basis.

The minister said: “Our biggest problem was lack of coordination between the civil and military side in research and development sectors. Now the first-ever civil-military interface in the field of science in Pakistan will help boost the research culture.”

About the country’s efforts regarding Covid-19, the minister said when the first caseof contagion appeared; Pakistan was relying on import of medical equipment such as goggles, masks and protective face shields but now became a major exporter of coronavirus medical products.

Fawad recalled the country had started its space programme even before China and India but now people express astonishment when the government talks about sending the space mission by next year.

On the occasion, Chinese Ambassador Yao Jing said the world knows that Pakistan and China are close friends and the masses and governments of both the countries were working to achieve progress.

“We want to involve the private sector in the Pakistan-China partnership in different sectors,” he said.

Appreciating Fawad’s last year’s visit to China, he said the minister was taking steps to put Pakistan on track. “Pakistan is welcoming the investment of private sector and giving incentives to the foreign investors which he described as a good sign,” the envoy said, adding that environment-friendly vehicles would bring substantial development to the country.

Senate Deputy Chairman Saleem Mandviwalla said that any investment in Pakistan was close to his heart as only investment could bring real change in terms of development in the country.

He added that Pakistan was largely depending on fossil fuels in the transport and energy sector.

“It is time for car and bus manufacturers to come forward and their 20-30 per cent production should be of electric vehicles. Such efforts will also help reduce pollution which is a big problem in our country,” Mandviwalla said.

The Skywell Automobile CEO, speaking through a video link, said such an agreement between Pakistan and China would help build the automobile industry of Pakistan on modern lines and open new avenues for energy-based vehicles.

“We are striving for promoting new energy vehicles policy in Pakistan,” he said, “Electric special vehicles and logistics can have a big share in the global market.”

Meanwhile, talking to reporters after the event, Sci-Tech Minister Fawad Chaudhry urged the opposition to show seriousness over the matter of Financial Action Task Force (FATF)-related bills, saying that such legislation was important for the country that is in FATF’s grey list.

“Such an attitude hinders our progress. The opposition is a group of non-serious people who just for the sake of political point-scoring are damaging the country’s image,” Fawad said, adding that the bills concerned were important to the country’s future.

Supporting his statement, he alleged that the FATF added Pakistan in its grey list because opposition parties did not make any rules related to money laundering in the ‘90s.

On former prime minister Nawaz Sharif’s return, he said the government was of the view that the top Pakistan Muslim League-Nawaz leader went abroad “through fraudulent methods.”

He maintained that the court, which allowed Sharif to be sent abroad on Shahbaz Sharif assurance, should ask the PML-N president to bring back his brother.

While commenting on the medical reports, he said the issue is not about the checkups but who generated such reports. He added that the former premier should return to the country as the latter was now fine.

He added that the only leader who is really interested in toppling the government is chief of his own party Maulana Fazlur Rehman.

Fri Sep 4 , 2020
America’s Got Talent returned on Tuesday — and there was no shortage of amazing acts. Live from Universal Studios Hollywood, 11 of the 44 remaining acts and contestants geared up for the next stage of the competition. Sofia Vergara, Heidi Klum, Howie Mandel and host Terry Crews were ready to […] 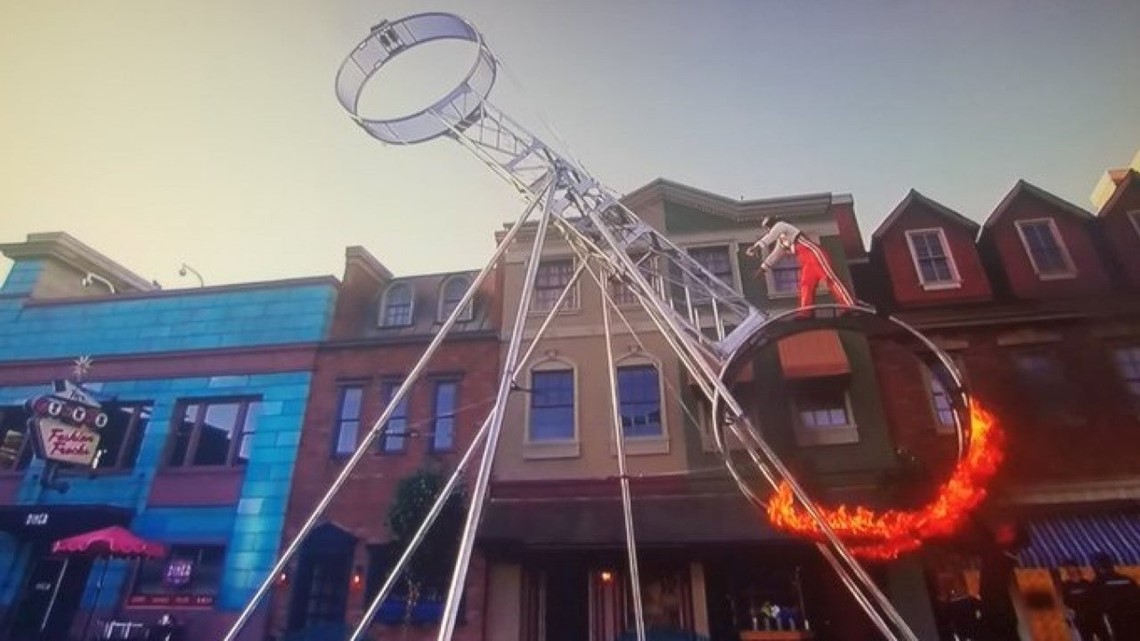