Penske Automotive Group, Inc. (PAG – Free Report) reported first-quarter 2020 adjusted earnings per share of 64 cents, in line with the Zacks Consensus Estimate. However, the bottom line declined from $1.25 per share recorded in the year-ago quarter. The auto retailer posted revenues of $5,009.1 million, surpassing the consensus mark of $4,868 million. However, the top line declined from the year-ago level of $5,564 million. Heightened coronavirus woes, especially in March, resulted in weaker year-over-year earnings and revenues.

The company’s gross profit decreased to $776.7 million from $851.5 million in the prior-year quarter. During the quarter under review, operating income fell 33% from the prior-year period to $106.4 million.

Revenues in Retail Automotive slipped to $4,416.6 million from $5,091.2 million in the year-ago quarter. Gross profit of $678.1 million compared unfavorably with $761.5 million in first-quarter 2019. However, the metric topped the Zacks Consensus Estimate of $617 million.

Revenues in the Commercial Vehicles Australia/Power Systems and Other declined to $101.1 million from $140.9 million in the prior-year quarter. Gross profit was $29.8 million compared with $35.6 million in the first quarter of 2019. The reported figure also missed the Zacks Consensus Estimate of $34.20 million.

To counter the pandemic-led crisis, the company has enforced a variety of measures including company-wide hiring freeze, substantial cost cuts, staffing-level adjustments, postponement of $150 million in capex and negotiated rent deferrals at different locations for up to 90 days.

Additionally, executive and management compensation has been drastically slashed, including a 100% pay cut for the CEO and president during the crisis. The board of directors has also suspended cash compensation through September-end of this year.

Biggest Tech Breakthrough in a Generation

Be among the early investors in the new type of device that experts say could impact society as much as the discovery of electricity. Current technology will soon be outdated and replaced by these new devices. In the process, it’s expected to create 22 million jobs and generate $12.3 trillion in activity.

A select few stocks could skyrocket the most as rollout accelerates for this new tech. Early investors could see gains similar to buying Microsoft in the 1990s. Zacks’ just-released special report reveals 8 stocks to watch. The report is only available for a limited time.

Sat May 9 , 2020
Global Automotive Glass Sunroof Market is estimated to be valued US$ XX.X million in 2019. The report on Automotive Glass Sunroof Market provides qualitative as well as quantitative analysis in terms of market dynamics, competition scenarios, opportunity analysis, market growth, etc. for the forecast year up to 2029. The global […] 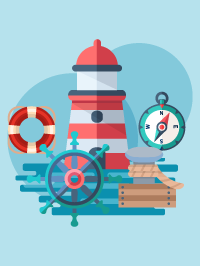