Sorry if this makes you feel old, but some cars from the 1990s are now considered classics.

Want proof? Look no further than the collectible car market, where interest in certain ‘90s vehicles is soaring.

Don’t get too excited quite yet. That old Ford Taurus gathering dust in your garage isn’t worth much. Neither is the Chevrolet Corsica rusting in the driveway.

Start the day smarter. Get all the news you need in your inbox each morning.

But the Cadillac Eldorado, Toyota Supra and Lincoln Town Car you’ve been holding onto just might be worth something.

Chalk it up to nostalgic millennials, who are interested in the cars they grew up around, as well as older buyers looking for a more affordable classic ride than the hot-rods from the 1950s and 1960s, said John Wiley, manager of valuation analytics for classic car insurer Hagerty.

Save better, spend better: Money tips and advice delivered right to your inbox. Sign up here

There’s another practical benefit: In many states, cars from the ‘90s can now get collector car license plates, which come with driving restrictions but typically cost much less than regular vehicle registration fees. Plus, collector cars can be privately imported from foreign markets once it’s been 25 years since their introduction, expanding the range of classic cars that people can own.

Another reason? There were notable powertrain and durability improvements from the 1980s to the 1990s, meaning the cars are often still driveable.

“They often have better performance and there are other good features about them, but they’re still reasonably reliable,” Wiley said.

Another thing that Wiley believes is attractive to collectors: 1990s vehicles don’t have modern, and often faulty, infotainment systems.

“You don’t have to worry about the connectivity of your car. I think people appreciate that sometimes,” he said.

This list of 12 of the hottest collectible cars from the 1990s, which was provided to USA TODAY exclusively by Hagerty, is based on year-over-year increases in insurance quote requests (which the company considers to be a concrete indicator of rising interest):

This convertible is a perennial favorite.

“When it was launched in ’89, it really changed the game,” Wiley said. “Since then it’s become the solution to every car enthusiast’s needs and a large part of that is that it’s been affordable. But it’s becoming more valuable.”

When it comes to valuation, the model year doesn’t matter as much as the condition of the car, like with most vehicles from this era, Wiley said.

This two-wheel-drive pickup has a big engine – 454 cubic inches, as you might’ve guessed – in a small body. It appears to be riding the wave of America’s pickup love affair.

Long known as a luxury car used to ferry business people from place to place, this discontinued nameplate is making a comeback on the collector market.

The Porsche 911 is a mainstay on any list of popular collector cars. but this one is particularly notable since it’s “one of the rarest 911s out there,” Wiley said.

Known also to Porsche fans as the 964, “values of this have actually been going up pretty consistently the last several years,” Wiley said.

The MR2 was originally billed as “an affordable mid-engine Ferrari competitor” when it debuted in the early 1980s, Wiley said.

This version, the second generation of the small coupe, is “a little bigger and has a lot of performance,” Wiley said.

Notably, this vehicle wasn’t directly replaced with a new MR2. That “tends to make it more collectible,” he said.

Long discussed as a discontinued nameplate that General Motors could revive, the Eldorado maintains a foothold in the minds of many Cadillac devotees.

“It’s a much bigger and more stylish car than the one that it replaced,” Wiley said. “The ‘80s version was pretty tiny and not particularly like a Cadillac. But the ‘90s version is a larger car. It’s front-wheel drive, it has a V8. It’s a lot of modern performance for not much money.”

This pickup was Ford’s response to the Chevrolet 454 SS by the company’s archrival, GM.

It has a 351-cubic-inch engine, but it was “faster and handled a little bit better,” Wiley said.

Not that dissimilar from the Lincoln Town Car, the Fleetwood has a rear-wheel-drive and an 8-cylinder engine in the body of a big luxury sedan.

“These are a little more expensive but not much,” Wiley said.

The Supra has increased in public awareness since Toyota recently revived the nameplate as a sports car with 21st Century engineering and creature comforts.

But this model might be the most famous one since it was featured in the original “Fast and Furious” movie.

“That one was heavily modified,” Wiley said, “whereas nowadays it’s the stock, unmodified examples that are most collectible.”

With a type of naturally aspirated engine that’s becoming hard to find, the Integra Type R is now selling for more than its original retail price in some cases, albeit without inflation factored in.

The first Wrangler was called the YJ and was developed in 1986 when the brand was owned by the American Motors Corporation, or AMC. This particular model is the second version of the Wrangler and the first developed when it was owned by Chrysler.

It offers “the best combination of traditional Jeep characteristics,” Wiley said. “They brought back round headlights, it got a better suspension and it introduced the Rubicon trend” for off-roading.

The vehicle appears to be appealing to drivers who want a vehicle for off-roading that they don’t have to worry about getting dinged up, he added.

This vehicle was “BMW’s answer to the Miata,” Wiley said.

With a nontraditional hatchback-style shape, it offers “great driving and a lot of fun,” Wiley said.

“I think the funny looks made it a little bit of a cult car initially, but now it’s getting wider” attention, he said.

This article originally appeared on USA TODAY: These 1990s vehicles are hot on the collectible car market

Gallery: I pitted a $136,000 Maserati Levante GTS against a $167,000 Porsche Cayenne GTS in a battle of high-performance luxury SUVs (Business Insider)

Sat Sep 12 , 2020
Connor Fearon had big plans this year, and was hoping to double up on EWS and World Cup duties to prove his 3rd place at EWS Derby was no fluke. Unfortunately, as with so many other things this year, COVID-19 got in the way and travel restrictions meant he was […] 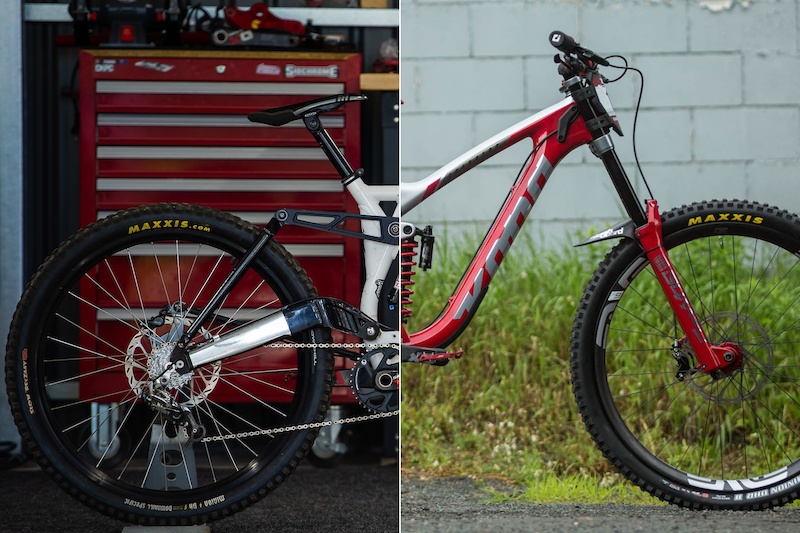